“I don’t know how you did that!” gasped the unforgettably gorgeous, warm voice that made you feel life was a party and you were invited.

“Did what?” I asked.
“Ring my mobile and Michael’s at exactly the same time! How did you do that?” asked my friend, Lynda Bellingham.
“Did I?”
“Yes, both at once! How did you do that?”
“I have no idea!”
“It’s extraordinary!”
It was, especially since I didn’t have Michael’s number. Michael, Lynda’s husband, is also known as ‘Mr Spain’. Spain’s where they fell in love.
It was 9.25 am on Thursday, 20 October 2014 and I’d phoned for a quick chat. But it wasn’t a great time to call. Lynda wasn’t at home, as I’d thought, but still in hospital, getting over an infection. She had cancer. She’d told me in an email the news wasn’t good: she now only had six to ten weeks to live and couldn’t be at the Launch for Prouder Than Ever, my father’s book, the following week. She’d known Dad – Mr Cas as she called him – since she was thirteen and was ‘devastated’ – her word. She was getting out of hospital on Saturday and she and Michael were going to hunker down in their lovely flat and remember the good times and see friends and family. We arranged I’d ring on Monday and pop up and see her. I only live two bus stops away.
But Lynda didn’t go home on Saturday. She died in hospital in Michael’s arms on Sunday night.

When the news broke on Monday morning, the nation grieved for the passing of the much beloved, amazingly courageous Lynda Bellingham OBE and I was amongst the thousands who suddenly felt bereaved.

I had a lot to do that day and got on with it but I didn’t use the telephone as I couldn’t speak. So I didn’t ring the redoubtable Rob Squires at Pureprint, the printers, to see if there was any news of the book. Rob’s a modern-day hero: gallant, talented, reliable who had, from the start, taken on this project as if Casdagli were his own, which touched me no end. 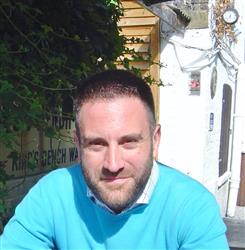 For unforeseeable reasons that were no one’s fault, printing Prouder Than Ever had got very delayed. That day was the deadline for the book to be delivered but nothing came. No book. No Lynda. Things were not looking good.

Tuesday I spoke to Rob. He was so sorry about Lynda. I asked about the book. He said in a very kind way not to worry and ‘we’re in a good place’. I hung up and, for the first time, seriously imagined how to have a book launch without a book…Well, we could still have the party. We’d got lovely food and wine, wonderful musicians, Greek dancing, a fabulous actor reading powerful extracts from the book. And then I’d just tell everyone how handsome Prouder Than Ever would be. It wasn’t an impossible scenario, just a bit unusual.
On Wednesday, Rob phoned.
“Alexis, what time’s the Launch?”
“7 pm tomorrow night.”
“Bayswater?”
“Yes. Do you think there’ll be any books there, Rob?”
“You’ll have books even if we have to deliver them to the Cathedral.”
“Okay. I’ll check out the parking.”
“Good idea.”
Late that afternoon the doorbell rang and there was a man with a small white van. He’d driven all the way down from North Wales and delivered one thousand copies of A. T. Casdagli’s Prouder Than Ever to me! And boy oh boy, were they handsome. Then, without so much as a cup of tea, he got back in his van to drive back to Wales.
The next evening, at the Book Launch – which, incidentally, was wonderful, please watch the video at:

– Rob told me on Monday, he’d arrived early at work to find the guys doing the printing – through no fault of their own – were twelve hours’ behind schedule and it was very unlikely Prouder Than Ever could be ready in time. Then the news of Lynda’s death came over the radio just as one of the team was reading her very words on the back cover of the book. How she had known Casdagli. How he was a ‘truly decent human being.’ He read it to the others and said,

“Come on! Let’s pull out all the stops! Let’s do this for Lynda!”
And that’s what they did. They pulled out all the stops. Somehow, the book was printed in Sussex, bound in North Wales and delivered to me in London in less than three days.
And that is how the book of Prouder Than Ever made it in time for its Launch, thanks to Rob, Pureprint and, most of all, thanks to Lynda Bellingham, my beautiful friend, who made the impossible happen. 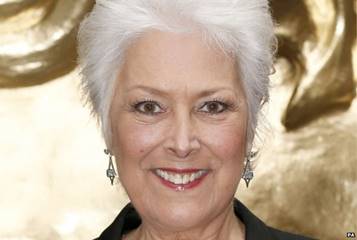