My father never talked about the war, at least not to me he didn’t. Although he left me everything when he died, it wasn’t until one bitter winter night in early 2012 that I first read his prisoner of war diary, now published as Prouder Than Ever by www.cylixpress.co.uk. I cried and I was shocked. I didn’t know he’d suffered so much or been so brave. He’d never said a word.
Although my father never talked about the war – and neither did my mother, a spy with the Special Operations Executive – the war was always with us. We had a reverence for food. None of us ever left a scrap on our plates. Nothing was ever thrown away. 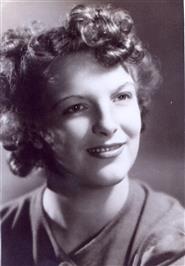 And my father always slept with a framed photograph by his bed of the ovens of the concentration camp of Dachau, where the bodies of 32,000 people murdered there were cremated. By the photo would be a book. The only books he ever read were books about the war. Most of them had photographs too. When, aged four, I was entered into a fancy dress competition by my parents, I went as a Red Cross nurse, for their parcels saved his life in prison. I didn’t win anything and it didn’t matter at all.

When I was almost six, we went to Yugoslavia, as it was then, for a holiday. We went to the seaside and stayed in a hotel with barbed wire round the garden. The beach was guarded by two soldiers with rifles and it was hot and bleak with a few umbrellas against the heat. One day, on the beach, my father saw a woman to our left, sitting not far from us with a man. They were both good-looking. My father turned to my mother and said excitedly,
‘Look at the numbers on her arm!’
We looked. On her arm, tattooed in blue ink, were about seven or eight numbers. They meant she had been in a concentration camp where they’d been tattooed on her arm as prisoner ID. My father sprang to his feet, his eyes shining, and wrapped a towel round his waist over his ‘bum bags’, as he called his swimming trunks.
‘I must go over,’ he said. After a few minutes, when he and the couple had shaken hands warmly, he beckoned us over to meet Magda and Paul. And that’s when I fell in love for the first time, as soon as I saw Paul’s face. We all spent the rest of the holiday together. When the dreadful last day came and we had to say goodbye, Paul gave my parents a topaz to give to me when I grew up. They did, and I had made it into a fine ring. And when I look at it, as I do now, I see again the hot bare beach with its several umbrellas, the soldiers in the background, the blue tattooed numbers on Magda’s arm and how brightly my father’s eyes were shining and how humbly he approached her. 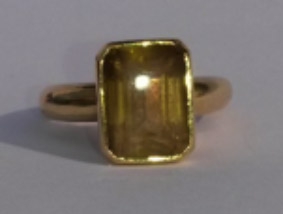